Sometimes it’s a little better to travel than to arrive.”
Robert M. Pirsig, Zen and the Art of Motorcycle Maintenance: An Inquiry Into Values

Noph and Pet welcomed me to Bangkok for the second time in 2013.  After over 24 hours of flights and layovers, I was totally jet-lagged but so excited at the same time!  Bangkok (BKK) is such a vibrant city.  I only spent a few days in this area, but I tried to make the most of it.

As soon as Noph picked me up, we stopped at his home dropped off my luggage and headed back out.  We first stopped at a Barber Shop. While Noph got a haircut I relaxed at the coffee shop next door. Within a few hours of landing in BKK I already found myself trying to learn Thai with the cashier at the coffee shop.  It can be frustrating at times, but mostly I enjoy the challenge and I learn so much and make more friends when I try.

I remember learning how to say ice that day, nam kang, literally translated hard water on Day 1.  Good to know, because I had two cups of hot coffee when i really wanted iced coffee!  Especially since it was such a humid summer day in the city.  Noph explained after he got back from the barber.   Lesson learned.

Outside the Suvarnabhumi Airport Bangkok

Thai numbers are probably the first Thai words anyone should learn if staying in Thailand for an extended time.  After “Hello”. ” Excuse me” and “Where’s the Bathroom?” which is simple.  If you don’t know.  Just say “Toilet” and someone will happily point where.

How much something costs and the change you receive are obviously important to know.   After months of living in Thailand, I still found myself repeating out loud the amount in Thai whenever I purchased something, just to make sure I pronounced the numbers correctly.  I would usually get smiles or laughter even from the most serious and scrutinizing cashiers.

When Noph was done we headed out again and this time I didn’t know exactly where we were going.  Well, within a few minutes we pulled into a beautifully landscaped and lush property with an unpaved dirt/gravel parking lot.  It looked like a restaurant in a very beautiful building which really looked more like a home. It was actually a massage/spa.  No, no funny stuff here, a real spa, where you can get manicures pedicures, facials, all that stuff.

Foot Massage after a long day. Next door to Unico Premier Metrolink

We both got the Traditional Thai Massage.  First, they washed my feet and gave me a v-neck top and baggy pants with long drawstrings to change into.  Not sure what they call them.  Kind of like scrubs that nurses and doctors wear.

Then I laid down in a room with a curtain drawn.  Coincidentally, Noph was getting a massage in the next room over, separated by a curtain, and all I could do was laugh to myself.

This could never happen back home.  Well, not at such a reasonable price.  I don’t remember much after that because I slept through most of the one hour massage.  If you have ever had a Thai massage you would know it is almost impossible to sleep while they contort you in all different positions, but  I was so exhausted.  My massage lady was struggling to get me to cooperate.

When I came back out to the front, Noph was already done and the ladies gave me a cup of tea to drink.  They were very sweet as they usually are and curious about where I was from.  I asked how much for everything, but Noph already took care of it!  Woo-hoo!  This definitely would not be happening back in the U.S.  Simply because it would be way too expensive and it would just look weird, or let’s just say “uncommon” for two men to go to the spa.  In Thailand however, it is no big deal and quite normal. 🙂

I spent another night with Noph and Pet, we had dinner, then sat up late at night chatting while they helped me plan where I would stay next and how to get to Chiang Mai.  Pet taught me some common Thai language words and phrases that night.  I think she would be proud to hear how much I’ve learned since then!  🙂

On my 3rd day in BKK I went to stay at a familiar hotel.  The Unico Premier Metrolink.  It was the same one I had stayed in on my last night in Bangkok the year before.  It was easy for me since I was familiar with that area and with the nearby MRT Underground Train I could easily travel to Hua Lamphong which is where I would be taking the overnight train. I took another day to ride the train to Hua Lamphong and buy my tickets as well as get to know my route so I wouldn’t have any problems the following day.

I took some pics at the train station and on the way back I wandered around Bangkok and went to a few malls.

This mall is serious. From Cartier Jewelry to Rolls Royce dealerships inside the Mall!

Erawan Shrine and MRT rails in the Background.

Couple prays together at Erawan Shrine

When I left the hotel the following day I just took a taxi to the train station instead of the MRT Underground.  I had too much luggage to drag through the subways, so it was much more convenient to just pay a little extra for the taxi.

The cost of the train ride from Bangkok to Chiang Mai for me was a little more expensive, because I opted to have a VIP room all to myself.  Well, I found my ticket and now realize that I paid 1,953 Baht which was about $65 at the time.  I think that was at the very top of the pricing scale.  If I were to do it again, depending on what I am carrying I may just take the 2nd class sleeper.  If there isn’t a rush, I really didn’t mind the train at all.  It really made it feel like the beginning of a new adventure.  You can see in the beginning of my Cost of Living in Thailand video some of that train ride.

Nature and Serenity is never too far away, even in the city or a train station.

It wasn’t exactly a midnight train.  If I remember correctly we left a little after 8pm.  It was scheduled to leave at 7:35pm.  The 10 hr train ride took about 12 hours after it was all over.  We had to stop a few times along the way, and we moved significantly slower at different times throughout the night and the next morning.

One part of this journey really surprised me.  Well, after they brought my dinner to my cabin, I was craving another beer and thought it was still too early to go to sleep.  I was in the very last car and I began walking from car to car, until I reached the 2nd class sleepers.  There were groups of backpackers from all over the world, literally.  Some were sitting in the aisles, some laying in their sleepers.

I asked someone where I could get a beer because  I still saw people with drinks long after dinner, and someone told me there was a restaurant or food car.  I didn’t even know, so I kept walking from car to car, being careful not to get myself thrown from the bouncing and reeling train between the cars.

After about the 5th car transfer, I began hearing some very loud music.  By the time I reached the 6th car I opened the door and I couldn’t believe my eyes and ears.  The entire car was crammed with travelers bouncing to loud electronic music and flashing disco lights.  As I walked in, everyone screamed at me, no really.  After that, anytime a new face opened the car door to enter everyone would turn and scream welcoming them to the disco train party!!

Dinner is served and included with train ticket.

A stop in a rural town early in the am.

New friend poses with our server after breakfast.

Partying on the Disco train with friends I’ve never met.

In the daytime its a food car. At night its a Disco train!

This was one of those moments out of so many I had in Thailand, where something totally unexpected would happen and I would think to myself…”How did I get here?”  Soon, I found myself crushed up against an open window with 4 girls all different nationalities and all pretty attractive.

Again…I thought to myself… “How did I get here?”  As they moved around carelessly bumping into me either from dancing or from the train’s frequent swaying and jumping, I managed to order a beer and saw buckets of liquor getting passed around.

I hung around for awhile, and people would just randomly come and go.  I met a few people and in between songs there would sometimes be a moment to chat.  There wasn’t an actual DJ.  One of the larger groups were backpackers from Spain, and they were the rowdiest!  After I had my fill I headed back to my car at the back of the train to pass out.

I slept ok. I had air-con in my room and my bunk was just big enough to fit me.  I got thrown around a few times when the train started picking up speed and I had nightmares about de-railing.  As soon as the sun came up, I was up and peeking out my curtains to see where we were.

I went back to the restaurant car and it was now empty except for a few early risers.  I ordered a coffee and sat down with a guy from Spain but he was now living in California.  I maybe wrong, about that, anyway, we just started chatting like old friends.  He was nearing the end of his travels around Southeast Asia, and he showed me a bunch of photos from his journey.  I took some more pics and video while we hung out there for another 3 hours before we even got close to arriving in Chiang Mai.  I was in no rush but I was getting anxious.

The overnight train ride to Chiang Mai was more than I ever expected.  Well, I didn’t know what to expect.  This whole experience of traveling alone by train through a country I am not familiar with was new to me and my eyes were wide open to anything and everything.

When you are traveling alone, you never really are alone…if only for moments at a time, there are always interesting people to meet and talk with.  Don’t ever hesitate to be a solo traveler, if you don’t have anyone to go with.  Just plan & go, believe me you will have priceless experiences that you will never forget!! 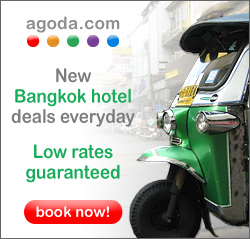 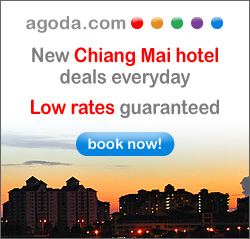 Attractions, Thailand
Top 5 Things To Do or Not Do in Pai
We use cookies to ensure that we give you the best experience on our website. If you continue to use this site we will assume that you are happy with it.OkNoPrivacy policy